’Tis nothing but my melancholy: playing the Jacobean malcontent in a 1950s setting

A major challenge in the role of Bosola is addressing his archetypal role of the Jacobean malcontent – a man filled with rage at the superficial world around him, cynical about the motivations of others while at the same time a convicted criminal and ready gun-for hire.

Applying a purely Stanislavskian interpretation to the character’s contradictory nature was something that I was very wary about: part of what makes Webster’s original text so interesting is his juxtaposition of contradictory values within the same character, and I didn’t want to simply ignore this element in the writing and be needlessly reductive. 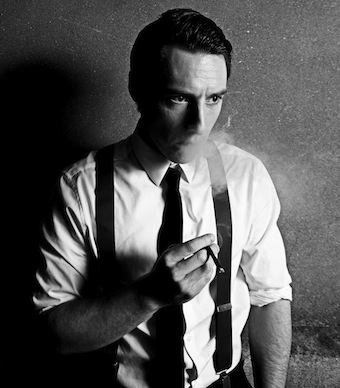 But the question of where Bosola’s ‘malcontent’ nature might spring from was a question that invites an imaginative response, and it was one that I thought could dovetail with Inky Cloak’s interpretation of The Duchess of Malfi as a (trans) gender fable.

Throughout I was always aware of the dramatic function of the character and how exceptionally open to interpretation the role was: a topic covered in considerable depth by John F Buckingham’s thesis The Dangerous Edge Of Things: John Webster’s Bosola in Context and Performance, a 300-plus page document reviewing various takes on the character which provided a useful context.

In researching the period we were setting the play, I soon discovered a fascinating example of a real life character who was a notorious figure in the criminal underworld, who also (allegedly) battled with his own sexual identity – Ronnie Kray. 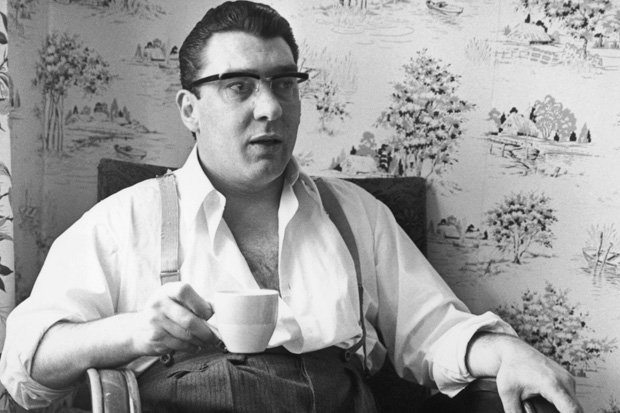 A lot of Bosola’s anger comes from having just been released from prison after seven years, but as a performer searching for something stimulating to play, I wanted to delve a little deeper into potential choices. The idea of making Bosola a suppressed homosexual, who rages against effeminate ‘painting,’ seemed to inform his later use of Julia(n) in Act 5 and most importantly, with his changing relationship with the Duchess – specifically the latter’s determination to affirm their sexual identity and autonomy. This proved a ‘way in’ to the character which knitted together the play as written with our own particular take on the world of the play.

Additional material also useful for the period and sense of a criminal underworld/master-servant relationship included the BBC’s The Long Firm and the 1963 Joseph Losey film The Servant.