Dancing to a different beat in Deptford: from Outdance to We Raise Our Hands 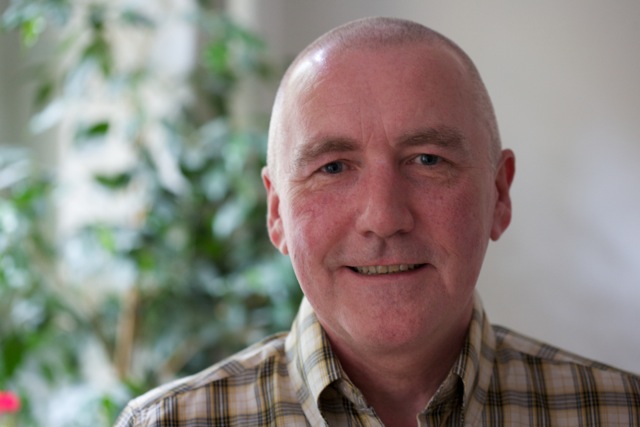 Back in the late 1980s, the Albany used to host a weekly LGBT club night that attracted hundreds of revellers from the local community and beyond every Saturday. Former promoter Brendan Nash explains how it all came about.

The Albany in Deptford has a fantastic tradition of developing LGBTQ work like our new show We Raise Our Hands In The Sanctuary, which tells a gay friendship story set in the 1980s London underground gay club scene. Around the same time they scheduled a week of research and development for this show as part of their Hatched new writing programme, for example, the Albany were also supporting a work-in-progress for New Cross Spartacus, a new piece about life in a gay sauna by David Dandridge, whose 2007 play Twisted sold out shortly after Evening Standard reviewer Nicholas de Jongh described it as the second most shocking and disturbing gay play since the end of theatrical censorship.

The venue’s commitment to LGBTQ work long pre-dates the move to its current home in the early 1980s. Queer Nation and Taboo DJ Jeffrey Hinton can remember seeing queer programming at the original Victorian building on Creek Road while he was still at school in the 1970s (Jeffrey been a brilliant resource for our show – as he is so many people – with his detailed reminiscences of the 1980s scene). This was back in the Albany Empire era, when the venue had been transformed into a radical, vibrant, alternative arts centre rooted in what was then one of the most deprived neighbourhoods in the country. The programming made a profound connection to the community and the urgent social issues of the time, staging radical theatre alongside community engagement projects and famously hosting 15 Rock Against Racism gigs – widely believed to have been what prompted the local far-right to mount the arson attack that torched the venue in 1978. 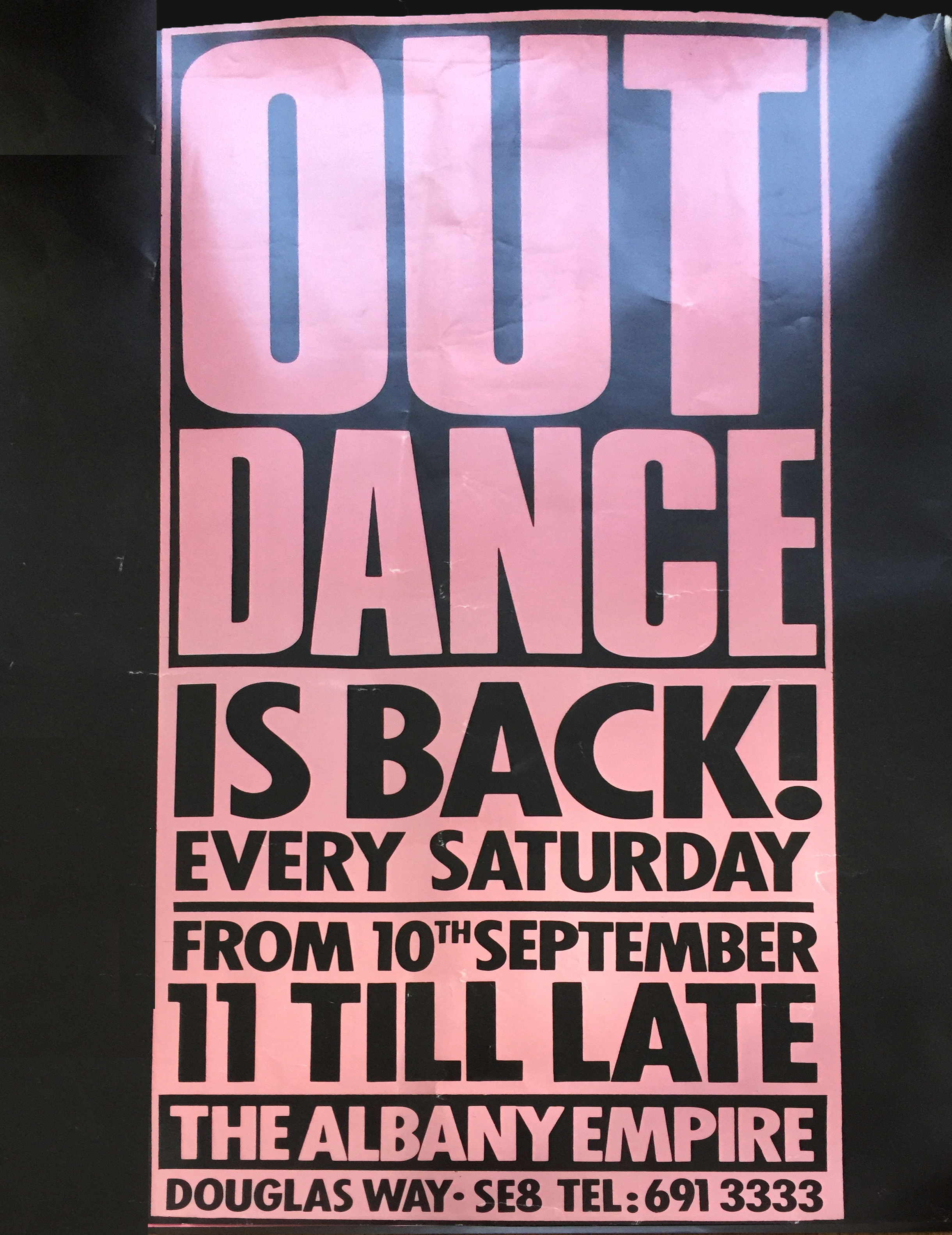 The Albany’s commitment to LGBTQ work burned just as brightly as the flames that engulfed the original building when executive director Jenny Harris led the move into its current purpose-built premises in 1982. Jenny had originally arrived at the venue as one of the artistic directors of The Combination, an ‘Arts Lab’ she had built in Brighton with her friends Ruth Marks and Noel Greig that became a resident company at the Albany in the early 1970s. By the time the new premises were open, Noel had moved on, first re-casting Bradford-based agit-prop group The General Will into an LGBTQ-focused project, before joining the radical pioneering theatre collective Gay Sweatshop, the company that staged the country’s first HIV/AIDS play, Andy Kirby’s Compromised Immunity, at the Albany in 1986.

But the venue has not only opened its doors to LGBTQ theatrical projects. Back in the 1980s, in the era of our show, the Albany was also the Saturday night home of pioneering, inclusive, community-driven club night Outdance, launched by Oscar Lumley-Watson and Brendan Nash in 1987. Oscar was running the Basement Youth Arts theatre project in the venue at the time and had fallen into conversation with Laban student Brendan one night at The Dover Castle (Brendan was working behind the bar of the now demolished pub that was popular with the LGBTQ community of the period). This chance encounter led to Brendan joining the team that staged Oscar’s autobiographical play at the studio in the Albany, the triumphantly titled Quick, Phyllis: Grab A Dyke And Dance Your Way Out – It’s A Raid!! (a piece that includes a scene set in the nightclub Heaven in 1979). 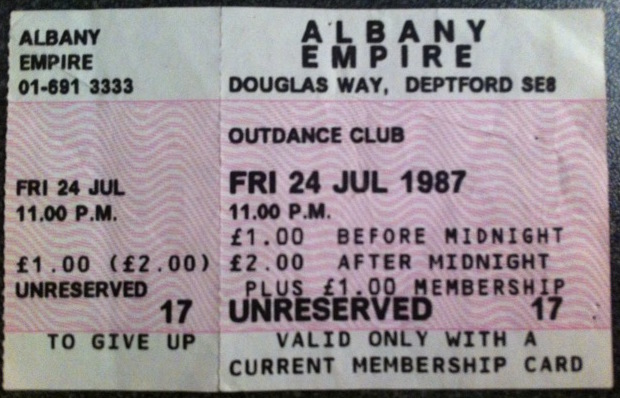 Outdance ticket from one of the four Friday nights before the club was promoted to Saturdays, courtesy of Ian Sumner

It was not long after Quick, Phyllis … that talk began of starting a gay club night at the venue, recalls Brendan, who spoke to us last year over Skype from his home in Berlin (where he runs the ‘Isherwood’s Neighbourhood’ walking tour). “We were given four weeks in the summer of 1987 to see how it went – and my goodness it went!” he says. “We were originally offered the Friday night, but in September we got promoted to the Saturday night and it just went from there.”

For the next five years the night would attract between 400 and 500 people every week, famously playing host to the first British appearance by Abba tribute act Björn Again (“their van arrived outside of the dock doors of the theatre and they wouldn’t talk to anybody before their 40-minute set because they were already in character!” Brendan says); and creating even more mayhem with a Prisoner Cell Block H theme night featuring five of the original cast at the height of the TV show’s popularity: “we were full within 15 minutes of opening: the queue stretched from the Albany doors to Deptford High Street and it was ‘one in, one out’ for the rest of the night,” Brendan recalls. “It was absolutely terrific: it didn’t feel huge at the time, but looking back I think, ‘That really was extraordinary’.” 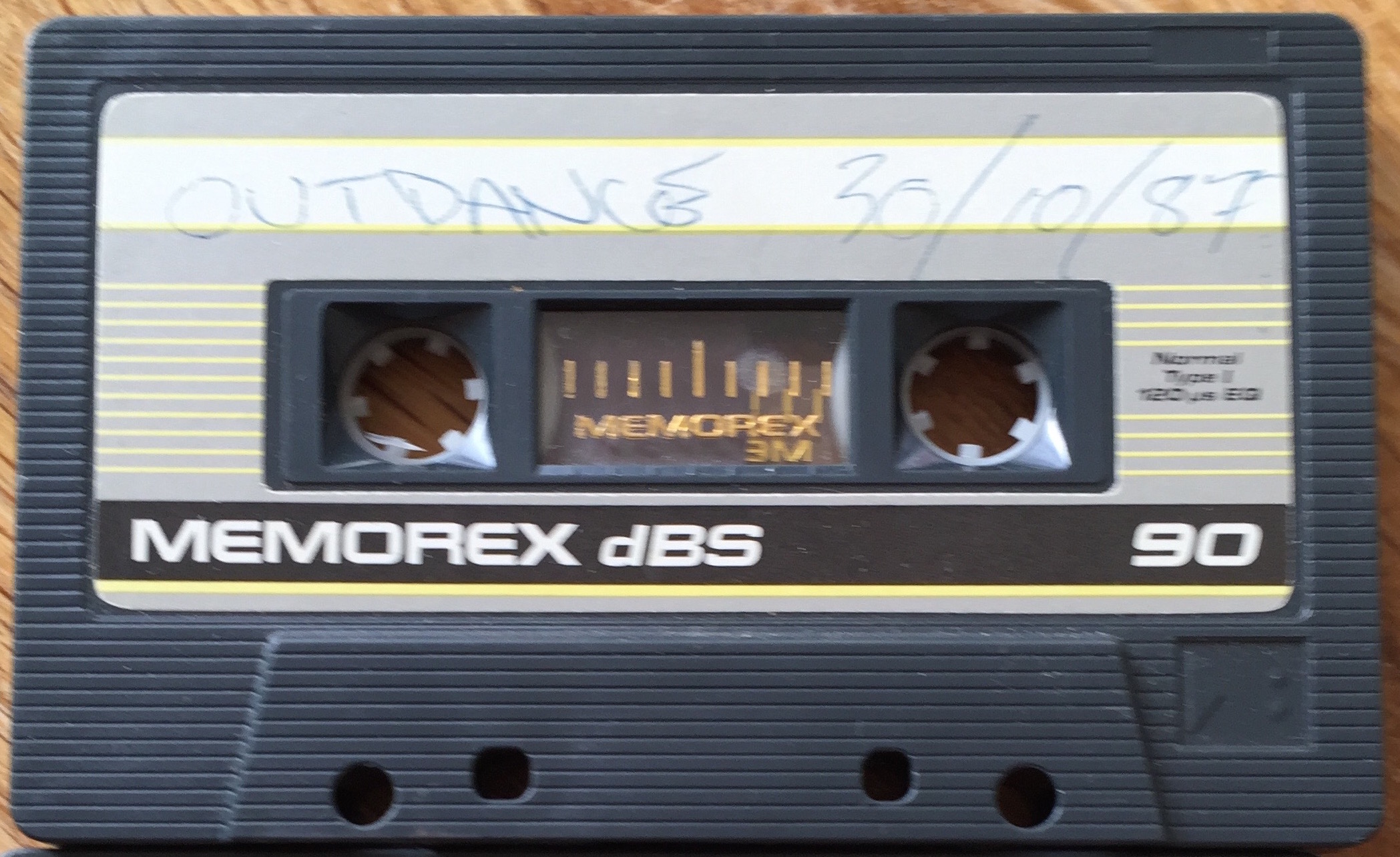 Some of the Outdance regulars came from outside the local area to escape the restrictions of what was on offer in the commercial gay scene of the time (which was still very much focused on Earl’s Court, with Soho yet to hit its 1990s stride). But a huge proportion were locals, since many LGBTQ people had found homes in hard-to-let council stock on the Pepys and Crossfield estates, according to local campaigner Chris Mazeika, who lived in Frankham House on Crossfield at the time. “There was a strange correspondence between us as marginal people and the buildings, one of found values and mutual recognition,” he says. “Nobody wanted the flats and nobody wanted gay people: it was love at first sight.” From the Pepys estate (where Brendan was also living at the time) came one of the Outdance’s regular DJs, who played cuts like The Communards’ cover of Don’t Leave Me This Way and Simple Minds’ early synth-disco tune, I Travel, Brendan recalls, while a Time Out reviewer at the time logged lots of Madonna and Prince on the setlist.

The night’s diversity was the key to its success – and its approach shows how much more advanced some spaces could be 30 years ago than most are today. “Outdance was probably 60-40 per cent men and women, racially diverse, we had a regular bunch of half a dozen men and women dancing in wheelchairs and we even had a signer: there was this very beautiful boy who used to dance on a podium with a little crowd around him and we realised he was signing the songs – once we figured that out, we let him in for free because he was doing us a service,” Brendan says. 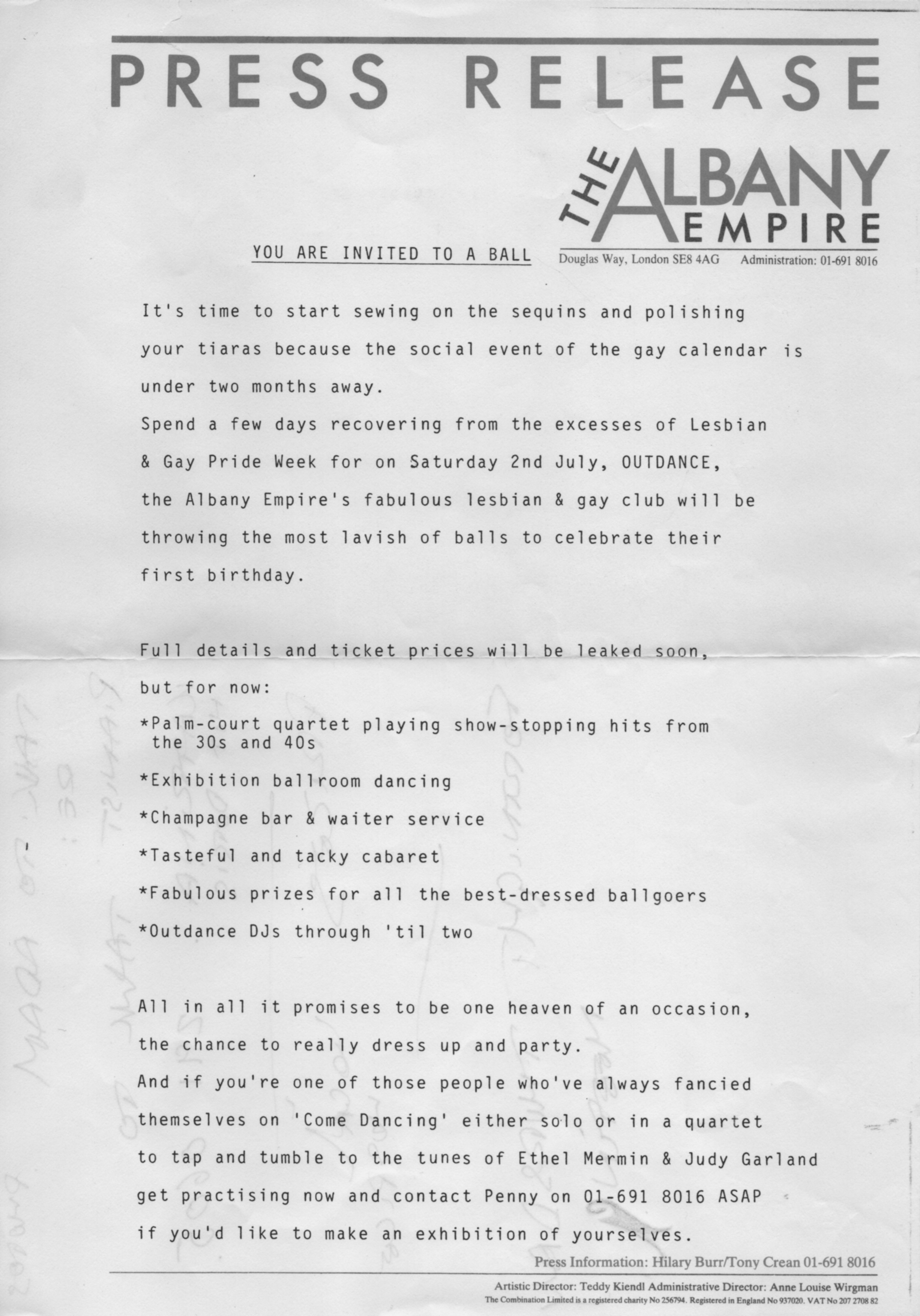 Working in a theatrical space didn’t hurt either, especially as the club got to use whatever set might have been up in the main space (the night would start setting up immediately after curtain call in the theatre). “The space looked different all the time – one week there’d be ramps for a modern production of Romeo and Juliet and a month later the set for the panto would be up – I’m sure there were some people who just thought we were really good at decorating the space!” Brendan says.

For Inky Cloak, it’s almost the same thing in reverse: it is fantastic to be staging a show that explores the communal liberation that’s possible on the best queer dancefloors in a space where hundreds of LGBTQ people used to dance every week, since Outdance is as much a part of the tradition within which we have made We Raise Our Hands In The Sanctuary as a theatre piece like Compromised Immunity.

The LGBTQ community’s spaces have been under sustained pressure since hyper-gentrification sunk its tungsten-tipped claws deep into the fabric of the capital: but while contemporary corporate property developers lay waste to community assets with a pitiless drive that far exceeds the petrol-can fascists of the past, the community resistance channelled through RVT Future, We Are The Black Cap and Friends of the Joiners’ Arms has lit an inspirational flame. The scale of the challenge – economic, artistic, communal – is enormous. But in the words of Adeva in the final dance sequence of our show: “Don’t stop reaching!”