“I’m not a drag queen, but I have done an awful lot of drag”

Carl Mullaney, who plays Brandi in We Raise Our Hands In The Sanctuary, has been performing in drag since he left drama school – in Chicago, Saucy Jack and the Space Vixens and even The Bill. Interviewed during the second week of performances, he reflects on the challenges of bringing Brandi to the stage. 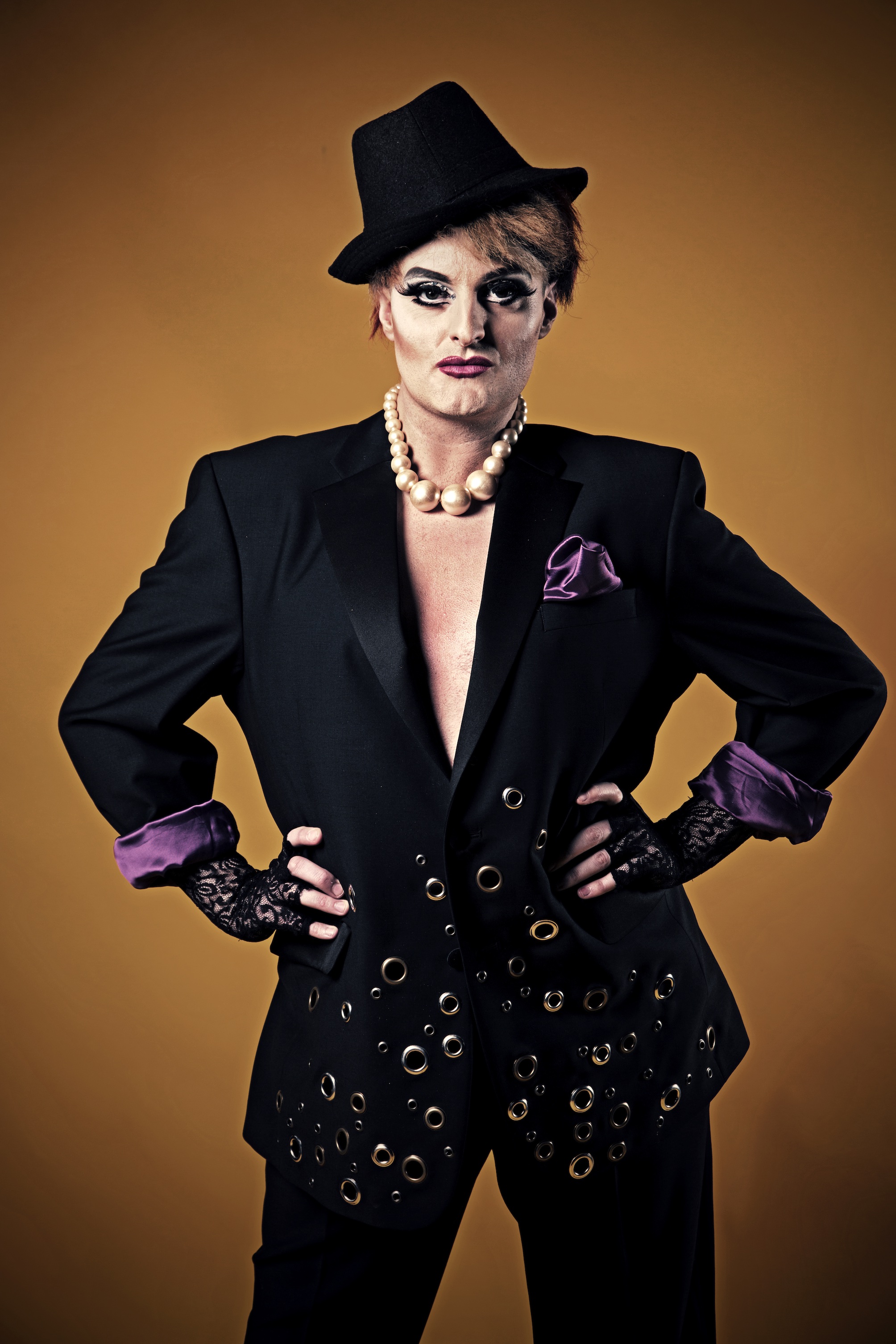 In what ways do you feel like you identify with your character?
I can identify with the character of Brandi because she is a (for want of a better phrase) a nightclub entertainer and I have an element of that in my life. When you regularly get up and entertain a room of drunken revellers in a Soho night spot, you very quickly acquire a very thick skin and the quick comebacks and acidic sort of retort. I am not a drag queen like Brandi but I do an element of what Brandi does in my real life as a nightclub cabaret host so I can identify with that, definitely. Obviously, Brandi’s a gay man, I’m a gay man, Brandi’s a gay man who dresses up as a woman, I have been known to dress up as a woman in my time, so there are similarities there. Am I as hard as she is? No way. Am I as body confident as she is? No, no way in my real life. But there’s certain similarities between us … We look quite similar as well!
How have you found the rehearsal process? Has it been similar or very different to productions you have been involved in previously?
I found the rehearsal process for this piece quite challenging. Obviously when you’re working on a new piece of writing that always brings unique challenges because it’s a voyage of discovery for everybody in the room – writers, directors, cast, everybody included. And as we were bringing the text to life, obviously the writers (who were directing the show) could see things that weren’t quite working, so then that meant that we had quite a few changes on a daily basis. Again, that makes it difficult to then get into the sense of the piece and get a flow of the piece.

And obviously, the constraints of budget and time meant that we had a very arduous technical process: we basically teched the show (which is to all intents and purposes a two-hour show with an interval) in about six hours start to finish, and it’s a technical show. In some of the other stuff that I’ve done, we might have had a three or four-week technical rehearsal so I found it incredibly challenging.

The first few performances were like blind fear, but obviously now that we’re into the run, all of that has calmed down. I’m thoroughly enjoying it and now I’m at the other side. I have enjoyed the process and I see every role and everything you do as a learning process. The learning can come from a lot of things, from positive and from negative experiences, and in the end the learning is only a positive experience. So, for that reason this has been a very worthwhile role for me. 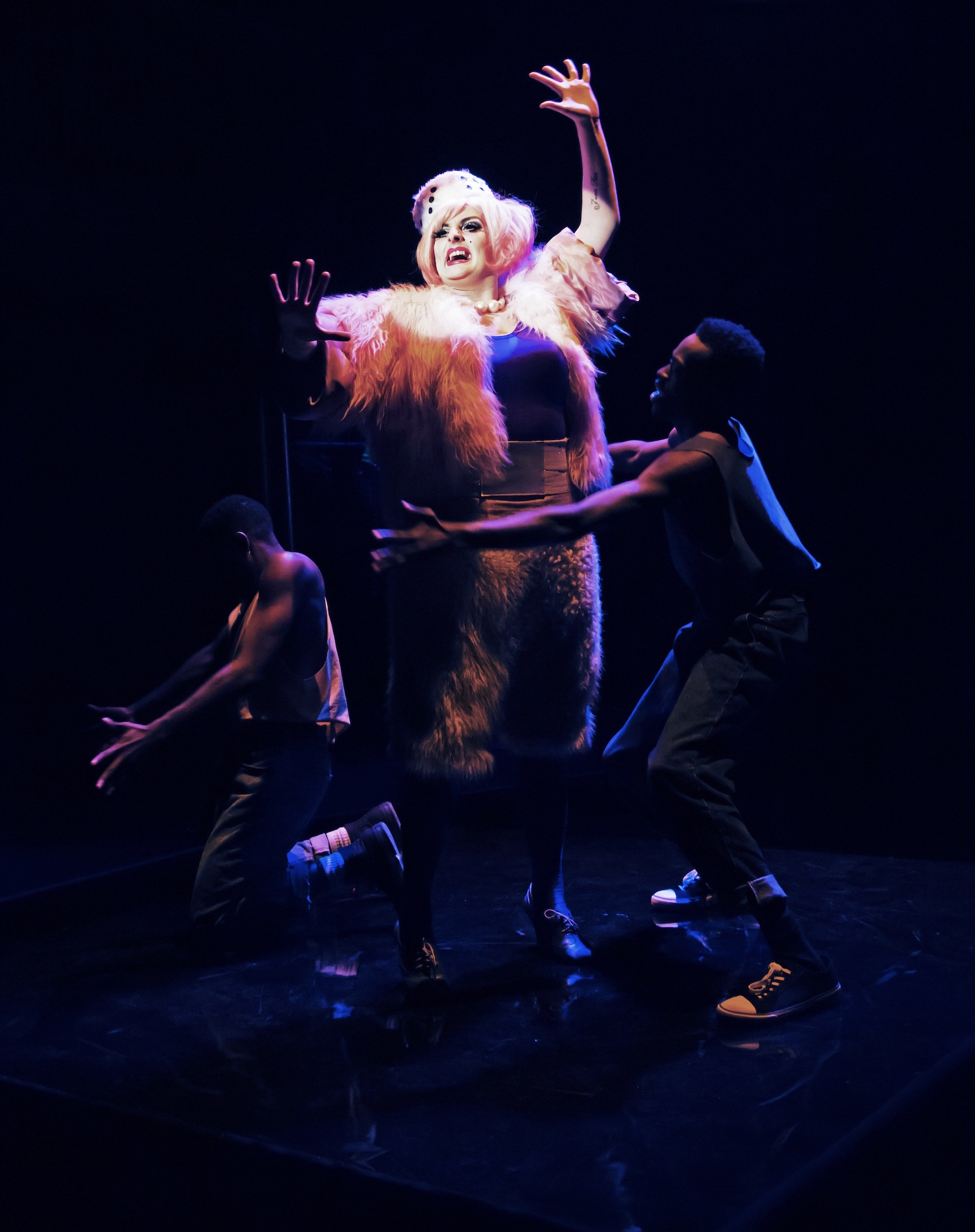 An audience member commented that they thought you are a full-time drag performer. You have mentioned before that you have dressed up as a woman in your time. How much experience have you had doing drag?
I host a regular cabaret show in the West End and as part of that, normally for Halloween and Christmas, I will dress as a woman. As a cabaret performer, I usually dress as myself, I don’t really dress as a woman, but Halloween and Christmas lends themselves to that kind of ‘let’s dress up and be fabulous’.

For the last few years in the West End, we have done a night called MAD Drag Night, created by my friends, the two Davids and Sean, who come together and do a show for Theatre MAD, which is the West End charity for AIDS and HIV. They put on a show every year called MAD Drag Night, which is performers from all different West End shows coming together, and I’ve been to it in drag before and last year I performed in it. So drag’s been something that sort of followed me around my career.

As a professional actor, I played a drag queen on The Bill for ITV a few years ago; I was in a show called Saucy Jack and the Space Vixens in the West End, where I played a character called Booby Shevalle, again drag; so, it’s been something that has gone hand-in-hand with my career. Although I’m not a drag queen, I have done an awful lot of drag. Needless to say, I am very comfortable in a pair of heels.