We are all dancers

Choreographer Mina Aidoo talks to Inky Cloak about her approach to choreographing the trailer for our new show.

What drew you to the project to choreograph the trailer for We Raise Our Hands In The Sanctuary?

Disco! That was it. I really love disco music. I already knew Earth Wind & Fire and all the classic American acts, so it was fascinating to explore some different aspects of the genre through the references you gave me, such as early ’80s boogie (So You Wanna Be A Star by Mtume) and Italo disco (Spacer Woman by Charlie). It helped situate me in the specific feel of the project. And then there are some amazing videos on YouTube! I find it fascinating to watch the way people who are not ‘dancers’ would dance to that music back then. In addition to researching the dance floor, I took a lot from watching Leigh Bowery compère the first Vogue Ball in London: there’s a whole other side to the glamour associated with the decade, which helped us bring a realness to our idea of the 1980s.

How do you approach casting the projects you work on?

What I’m looking for are dancers who are dancers who are going to be quick, open, able to take on material there and then on the day and – hopefully – will give to the process by sharing their ideas as well. My approach in the rehearsal room is very much that that I’m collaborating with the performers.

What were you looking for specifically on this project?

It’s not always easy to find dancers who are able to pick up quite obscure styles when they’re from a contemporary background. That can be a real challenge for highly trained dancers. And there are particular issues working with young dancers – sometimes they understand exactly what you are reaching for, but when you’re looking for something very specific, you have to recognise that they have a different cultural memory from yours. 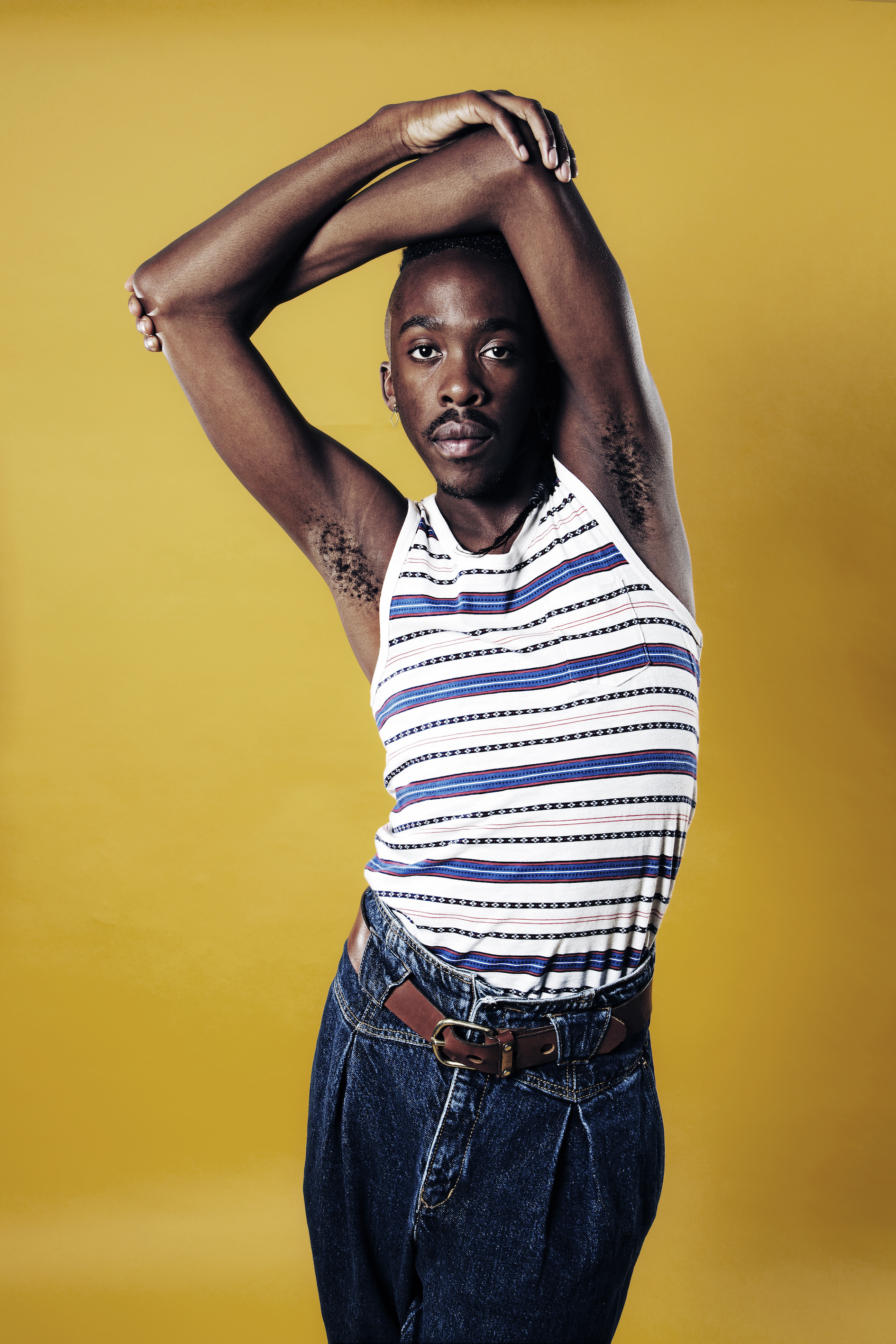 How did you work with Wes and Nick, the dancers in the trailer?

When we started the rehearsal on the first day, we freestyled to get all the energy out using a playlist that I made, which gave us a baseline, a foundation to use. They were really great to work with – Nick came all the way from Belgium for the project! They didn’t know each other beforehand, so we had two days to create a relationship between them, but they were both very generous, really open, really interested.

We made the duet mostly through improvisation, using a series of tasks that I made into a string. It was very much a case of starting by giving them a task such as ‘intimacy’ or ‘touch’ or ‘eye-gazing’ or ‘mirroring’ and seeing where they took it together. As the movement evolved, I would shape and mould it into a structure by watching what they doing and saying things like, ‘At this point, we want to move the duet in that direction’ or, ‘Around now, we want more energy.’ Wes and Nick were very open to that very intimate way of working, which was great because some people find that very confronting. Nick is slightly more experienced, so he really helped Wes to just go with it and find things together – and I could see Wes was learning a lot as we went along. 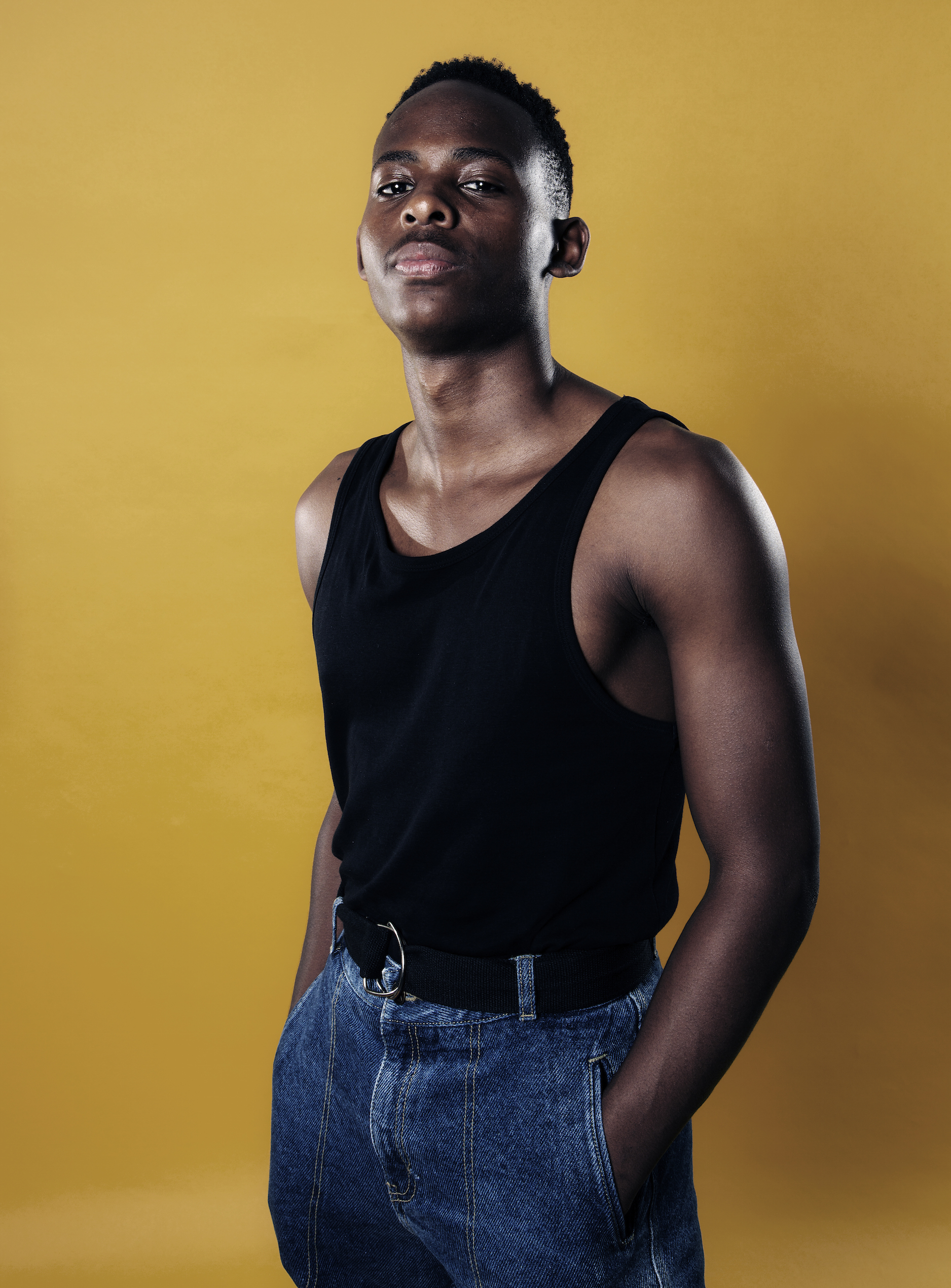 It depends on the project. If there is a big routine, I will get a studio and develop it on my own – or most of it on my own, at least. Then when you get into the space, you allow the dancers, who you might have just met for that day, to put themselves into the movement, ask what they think about particular moments and see how they can change and develop the work. I always make a good portion of it so the dancers can get a feel for what they’re doing, which is what enables them to add on or change as we go along. Getting in the space will always change the movement – working by myself in the studio is obviously very different from working with, say, six dancers in a particular space, so when you see the movement on bodies you can see what you need to change. So personally, I would usually prefer to use improvisation and work collaboratively, but for the sake of time, I will usually choreograph something on my own and then transfer it over and mould it like that. However, for this particular project, I wanted to work with the dancers who turned up. Because the trailer was telling a story about their friendship, everything needed to come from them, with me guiding them to express their own centres, because it wasn’t going to work any other way – it had to come from them.

How did you set about incorporating the movement you found from footage of underground clubs in the 1980s into the duet, given that we weren’t trying to create a pastiche of the era?

We are all dancers! I love watching people dance – sometimes there is less in the way of them expressing who they are than with highly trained dancers. I find someone dancing from their centre really interesting: that’s the human aspect. For me, it doesn’t have to look pretty or nice. But trained dancers do have a set of tools they can use to make work: what I try is to encourage them to use those tools but not be ‘dancers.’ So for this trailer, I wanted to see Nick dance, I wanted to see Wes dance – I didn’t really want to see ‘dancers’. There’s a place for that very polished technique, it can look great on a big stage in performance. But I am always more interested in the human level – how is that person moving? Why are they moving like that? Do they feel self-conscious? Or why do they not feel self-conscious? That’s what really fascinates me.

Although we had some specific music for inspiration, we wanted to add a musical soundscape once the trailer was finished. So what is different when you are working to choreograph a particular piece of music?

When you work with music, you can put it on and you don’t have to think so much – once you know the movement, you can just move. But the way we made the video is more open, more collaborative. Both processes are great, they are just different – different kinds of freedom.

What were the challenges of moving from the rehearsal room in the Albany to the shoot around the streets of Deptford?

Wes and Nick handled it really well, considering we hadn’t performed the duet in public at all before we started filming. With that particular sequence, which has a particular energy that naturally builds, it has a challenge to keep hold of that intimacy between them when you are stopping and starting, looking to get more coverage of a particular move, or another take. But they really got into their characters and the having the market stall-holders and the shoppers passing by really added something to the process. It felt like they were supporting it by just being there and from the comments we got on the day; in other parts of London, it could have been a completely different story but in Deptford, they were so great!

New Inky Cloak show at the Albany, February 2017 from Inky Cloak on Vimeo.