What we’ve learned from … Tony Kushner

In our weekly online digital drama club with older LGBTQ + people, we have been using work by queer dramatists to help us all boost our life-writing and performance skills. 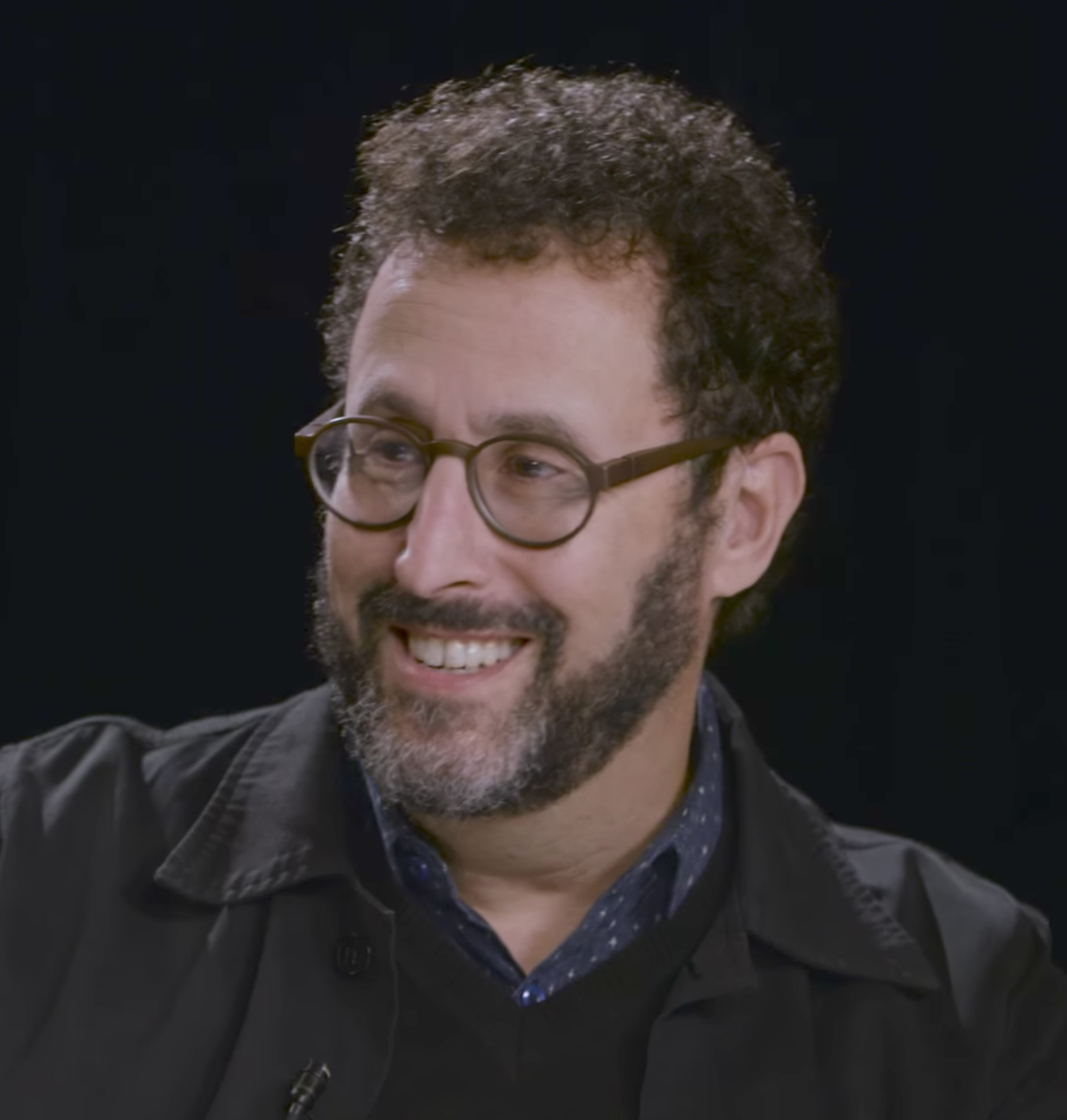 Prior’s speech to Louis about the ship’s captain he’s discovered way back in his family tree from Millennium Approaches (Act I Scene 8) is a supreme piece of story-telling by Tony Kushner (left). Here are nine things we learned by working on it together.

1 Like many good stories (indeed, many good dramas), Prior’s tale is told in three short ‘acts’.

2 Every story needs some exposition. In this case it’s one sentence about this ancestor, who traded in whale oil and transported boatloads of mostly Irish migrants across the Atlantic for money. 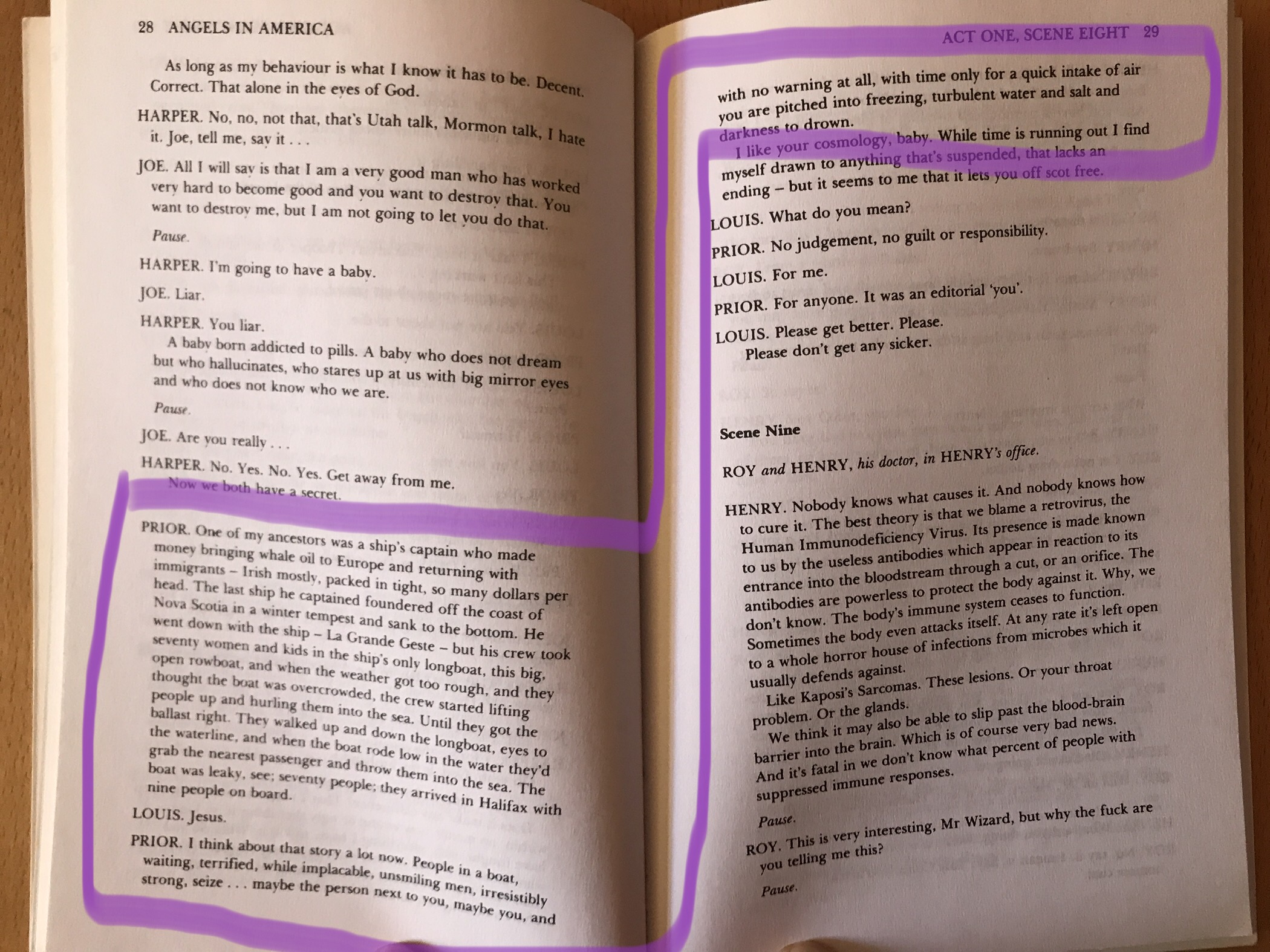 3 An act usually ends with a turn in the story, a twist in the tale. Here, the ship hits a winter storm off Nova Scotia and sinks, with the captain abiding by marine codes and going down with his vessel.

4 To be fully convincing, characters in a drama need to be paradoxical. The audience must both recognise them and be surprised by them. So it is even here, when a man who makes his money from animal hunting and human trafficking ends his life with some sort of honour – even though Prior adds some queer irony by shading this as “La Grande Geste”.

5 Many great stories mix different genres and different modes. Angels In America itself is a case in point: it’s a realist love story about a gay relationship tested by HIV/AIDS; a political drama about power and the closet; a disillusionment drama in which a Mormon loses his faith and a cabal of apparatchik celestial beings try to convince a delegate from earth of the need to stop moving (among other things). And it’s hybrid even at a granular level. So here, when the crew pack 70 women and children onto a longboat and make for the shore in the second ‘act’ of this speech, what started as a slice of family history transforms into disaster movie where the elemental drama is centred on the fate of the people in the boat.

6 Great stories can be told in simple language. When the boat starts taking in water on the rough sea, the crew calculate that the only way to get the ballast right is to hurl a passenger into the sea. And when the water keeps rising around their feet, they keep throwing more people out. Prior spells out the brutal consequences in a few unvarnished words: “The boat was leaky, see; seventy people; they arrived in Halifax with nine people on board.” 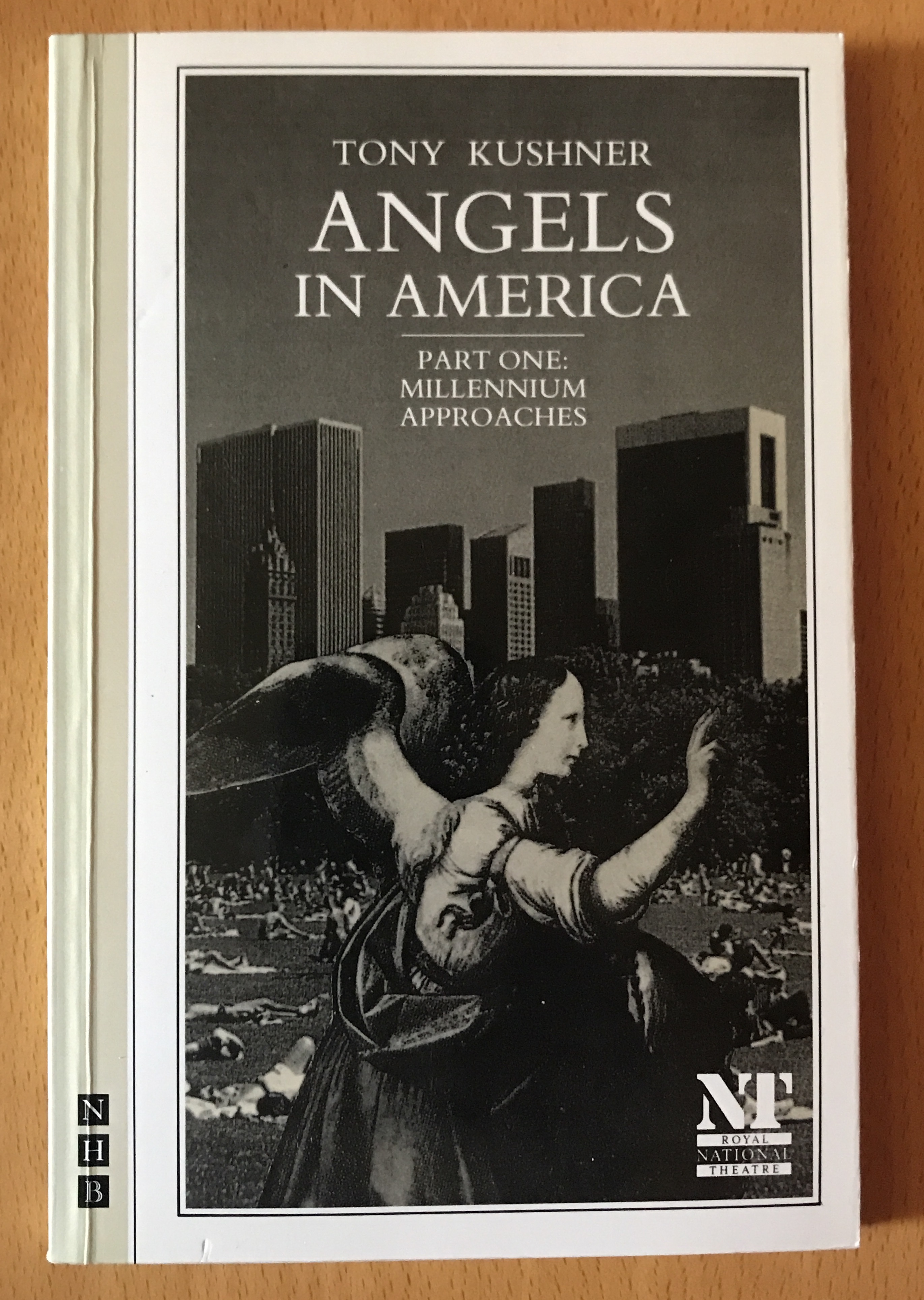 7 Brilliant stories seem to reach a conclusion and then keep going. Onstage, Louis thinks this one’s over. That’s why he then speaks his devastated one-word response: “Jesus”. But there’s another turn into a third and final ‘act’, when Prior, already diagnosed as HIV positive, reveals exactly why he can’t stop thinking about this story. “People in a boat, waiting, terrified, while implacable, unsmiling men, irresistibly strong, seize … maybe the person next to you, maybe you, and with no warning at all, with time only for a quick intake of air you are pitched into freezing, turbulent water and salt and darkness to drown.” He’s transformed the disaster movie into a metaphor for the virus in his system.

8 Figurative language doesn’t have to be fancy language. This sentence is physical, immediate, sensuous – the strong unsmiling men: the swiftness of their actions; the description of the water by feel, by taste and by the absence of light. Which is how its allegorical meaning creeps up on the audience with as little warning as a brutal crewman’s throwing arm.

9 Compelling stories keep evolving by themselves depending on the times in which they’re told. When Angels In America was first staged by Eureka Theatre in San Francisco in 1991, Prior’s speech may have carried some additional charge from similar stories of the transatlantic slave trade. But by the time it was revived at the National in 2017, the speech felt like it was now connected to all the very contemporary images of migration across the Mediterranean, in which border officials and European bureaucracies have treated people with the same cold dehumanising brutality as Prior’s historical crew.

• In our weekly digital drama club for older LGBTQ+ people, we play improv games, identify lessons from work by queer dramatists, write short monologues about our experiences of lockdown and then rehearse them to hone our performance skills. If you would like to know more, please email our participation producer, Daniel. No writing or performing experience is necessary!