The marriage night is the entrance into some prison: getting out of textual jail in rehearsal 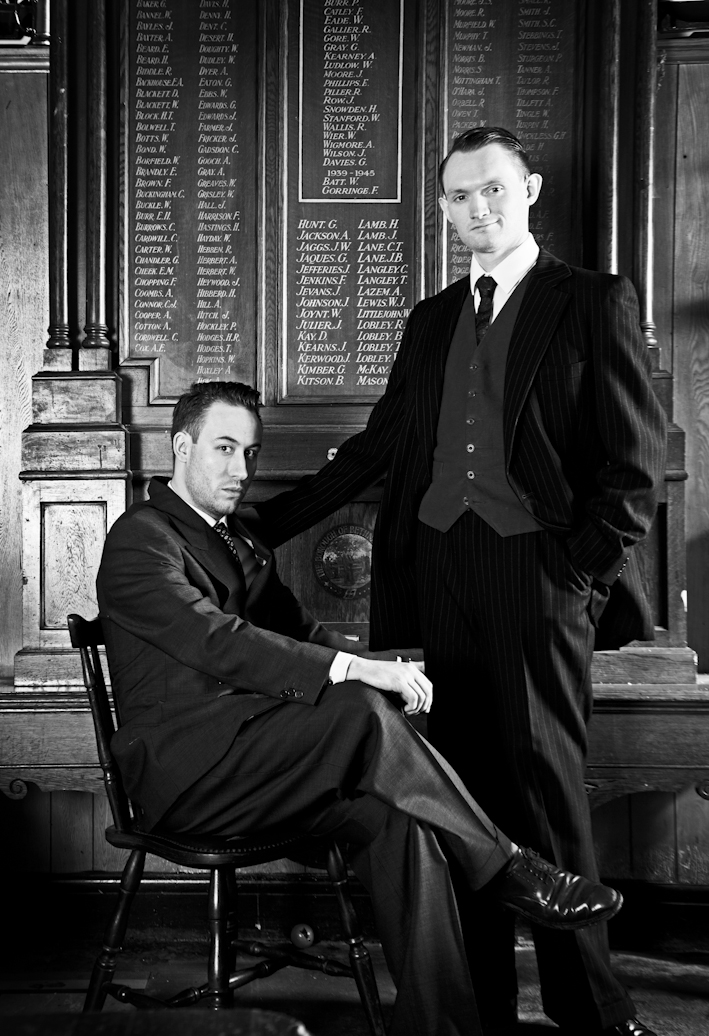 Long before we started rehearsals for Cover Her Face, our adaptation of John Webster’s The Duchess Of Malfi as a 1950s trans honour killing, we spent a lot of time working on the text. By the first readthrough, we thought we had cracked most, if not all, of the problems we had set ourselves by re-casting the protagonist as a wealthy socialite from 1950s London who wished to live as a woman (around the time that French gynaecologist Georges Burou was conducting the first wave of post-war gender reassignment operations at his clinic in Casablanca.) Many ‘sisters’ had become ‘brothers’, most ‘shes’ were now ‘hes’, and a handful of ‘ladies’ were now ‘fellows’.

But some key problems remained – which became clear when we started working on Act I, Scene III, where Ferdinand and The Minister (The Cardinal in Webster’s original) instruct their sister that she is not to go and get hitched while they are away.

It’s a fantastic, crucial interchange between this trio that it is revealing in many ways. Witness the united double act of the brothers and the rehearsed nature of their conversation. It seems as if they were planning exactly what they were going to say offstage before they enter this scene, as The Duchess wryly observes: ‘I think this speech was studied it came so roundly off.’ This exchange emphasises that there is no room for The Duchess in the Ferdinand/Minister boys’ club. Yet The Duchess is no pushover: she circumnavigates Ferdinand and The Minister’s attempts at control. ‘Diamonds are of most value,/They say, that have passed through most jewellers’ hands,’ she retorts, neatly eliding her body with ideas of both the precious and the carnal. While The Duchess is the tragic heroine and her brothers are the perpetrators of her destruction, it is worth keeping in mind – as Chris Tester who played Bosola remarked on day one of rehearsals – how they are all cut from the same cloth.

So, all in all, this exchange between the three of them is crucial in setting up the family drama aspect of our play. Yet, in our re-engineered version, this particular scene proved to be brain-meltingly difficult. There was one glaringly obvious problem: we had already cut Ferdinand’s line: ‘You are a widow:/You know already what man is’ but we had left The Minister’s ‘So most widows say’ intact. We thought that it would work as a standalone proverb (an old widow’s tale?) by shifting the obvious emphasis from ‘most’ to ‘widows’. (It didn’t really.)

But the bigger headache was the brothers’ instruction that The Duchess should not marry. In our version, The Duchess was now viewed (albeit from Ferdinand and The Minister’s blinkered point of view) as their ‘brother’.

This recasting of The Duchess as a biological man who wished to live as a woman was the biggest licence we took with Webster’s play, yet we didn’t want to start playing around with the text to ham-fistedly make it fit our idea. So it was crucial that this brief moment remained; we couldn’t just cut it out. To do that would be the thin end of a dangerous wedge: you start by pruning and re-wiring to make shortcuts to suit your own ends and end up losing the heart and soul of the play. Furthermore, it’s the only point in the text where the audience gets to witness this triangulated sibling dynamic at play – the solitary moment when all three share the stage at the same time.

But what could be done with this whole marriage business? During the first few days of rehearsal, the scene simply felt a bit flat. And then just before we were about to run it one more time, Tom Cuthbertson (Ferdinand), cleared his throat and asked: ‘Can we just get to grips with this whole marriage thing? Does it work in our version?’ Our brains began to ache with the reverberating questions that needed answers. Did The Minister and Ferdinand mean that their brother was not to marry a woman? If so, that really didn’t make sense. Wouldn’t conventional marriage be something they would encourage their distinctly ‘other’ brother to do? So why were they then saying the opposite?

What we began to realise was that the scene wasn’t working because we hadn’t yet found out what ‘weddings’ and ‘marriage’ meant in our new late 1950s context.

‘What if it became a code word?’ suggested Jack Johns (The Minister). ‘Her brothers are forbidding The Duchess from doing something so wrong that they can’t even bring themselves to find the words. But the three of them have a shared understanding for what they mean.’

This perspective (and the way the Jack and Tom began snarling the references to marriage in the text) became an exciting way into the scene. It began to dawn on us that ‘marriage’ and all its permutations, within this 1959 upper middle class London sitting room, could be a code word for actions (and even ceremonies) that were – literally – unspeakable to these people. Not just the ‘lustful pleasures,’ as Ferdinand adds, ‘which do fore-run man’s mischief’ but the sort of private weddings that might happen, as The Minister sniffs, ‘under the eaves of night.’

When we ran the scene again, it started to work. Now The Duchess’s reaction to her controlling brothers – ‘Will you hear me? I’ll never marry’ – fell wonderfully into place. As La JohnJoseph (The Duchess) observed, ‘I take that line as I’m goading my brothers.’

But there were even more unexpected payoffs. Suddenly The Minister’s remark that ‘the marriage night/Is the entrance into some prison’ gained a whole new darker resonance. After all, in the first half of the twentieth century, before even the partial decriminalisation of gay sex in the 1960s, the law was a very real and present danger for queer men. As Historian Matt Houlbrook highlights in Queer London, if one were monied and/or fortunate, the choppy waters of arrest and criminal proceedings might be discreetly sailed around (in much The same way as The Duchess verbally circumnavigates her brothers’ instructions), but the jeopardy was ever present for everyone. Under the 1956 Sexual Offences Act, gay sexual intercourse risked a maximum term of life imprisonment, and even consensual mutual masturbation could result in up to two years in jail. These were not idle legal threats: in 1952, there were 670 prosecutions for sodomy, 3,087 for attempted sodomy/indecent assault and 1,686 for gross indecency (Richard Davenport-Hines, Sex, Death And Punishment, 1990, quoted in A Queer Reader, edited by Patrick Higgins, 1993).

Of course, The Duchess does decide to act against to her brothers’ orders and gets ‘married’ in the shadowy enclaves of queer London. And while she and Antonio initially escape the full might of the law, the consequences prove fatal in the end.

Wittgenstein believed that words do not have one unitary, standard meaning but each and every word has interwoven, clustered ways in which they can be understood, a ‘network of similarities overlapping and criss-crossing.’ Even to a contemporary Jacobean audience, a ‘wedding’ might not have simply signified a church and state-sanctioned public ritual but also the kind of clandestine connections of Romeo and Juliet, Othello and Desdemona, Jessica and Lorenzo (in The Merchant Of Venice) and later, weirder variations such as Beatrice-Joanna and De Flores in The Changeling (‘You are the deed’s creature’). In Cover Her Face, by making ‘marriage’ the act that dare not speak its name, Ferdinand, The Minister and the Duchess enter a language game of shared understanding  in which queerness is so taboo that it doesn’t even have its own words. That seems about right for the era of our show.

By catapulting our Duchess into fatal jeopardy by hitching his-her star to the man he-she wants, we might have queered Webster’s original, but we believe we did not in the end stray very far from his conception that being with the person you want to be with might not always result in the happy-ever-after.