Being open to all the styles and grooves

We talk to our dancers Jordan Ajadi and Shawn Willis about their experience so far. All photographs by Leon Csernohlavek.

What attracted you to this project, We Raise Our Hands In The Sanctuary? 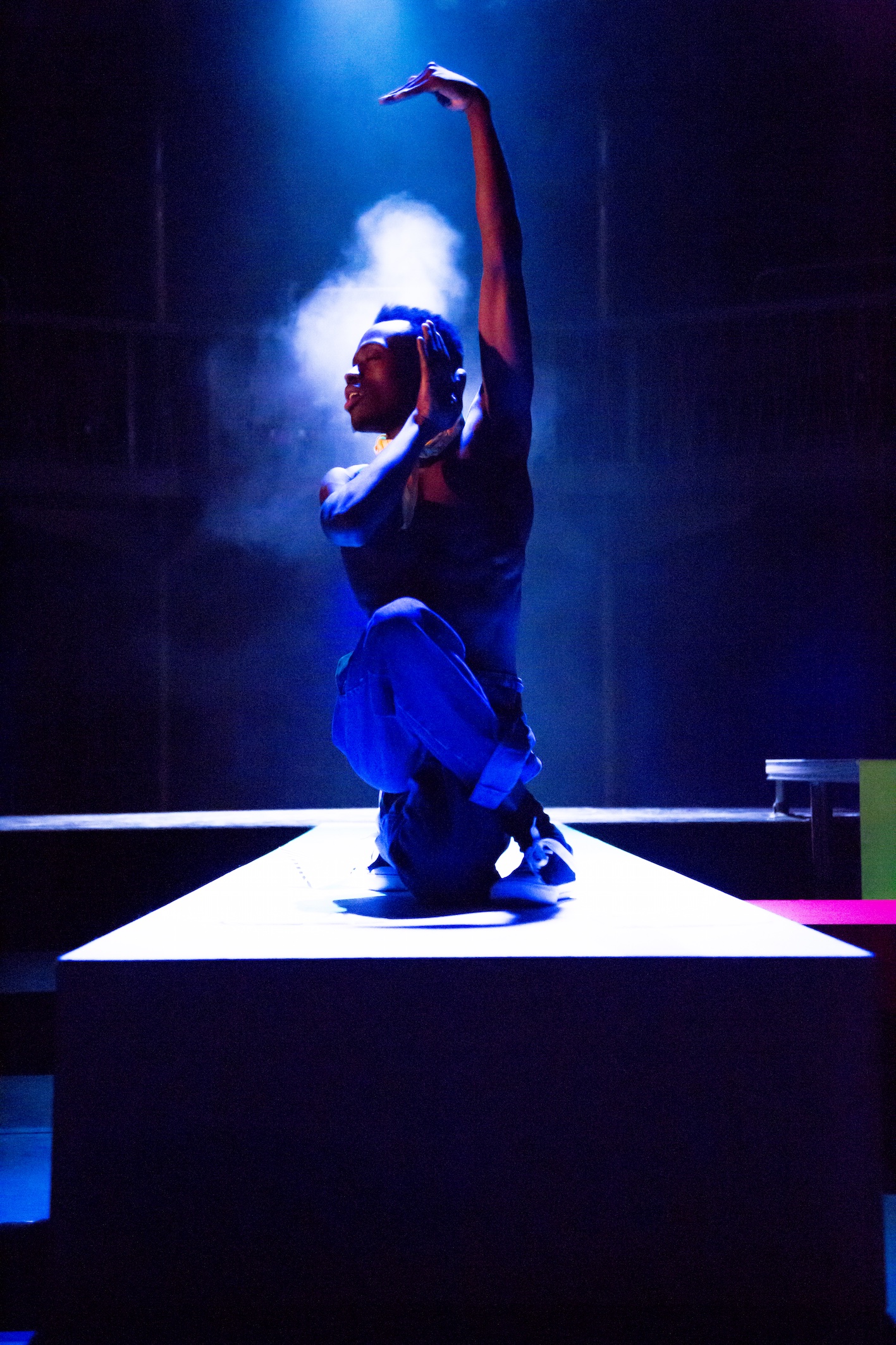 Jordan in performance by Leon Csernohlavek

Jordan: I’d say having the collaboration of dance and theatre gave me a sense that it was a project that included multiple art forms within it and I really wanted to explore that in myself and my personal experience. It’s also told through a black male protagonist as well which is something I feel I haven’t very often seen so to be part of that is great and to have people see this and use role models from this is something I can take away. Someone can watch this show, see these people and relate to them and there’s not enough of this style of stuff around in London so I’m happy to be a part of it.
Shawn: For me I think it was the characters that were in the play, I really recognised most of these characters in my daily life and because of the sensitive research that was put behind it, I was very intrigued to learn more about Daniel and Martin’s findings and their expression on this culture, community so far here and now as well as the community back then. I knew that I’d be working with modern artists but almost comparing or drawing from the past. So I was intrigued to be a part of this process.

What kind of research did you do on the 1980s and the dance of the time? 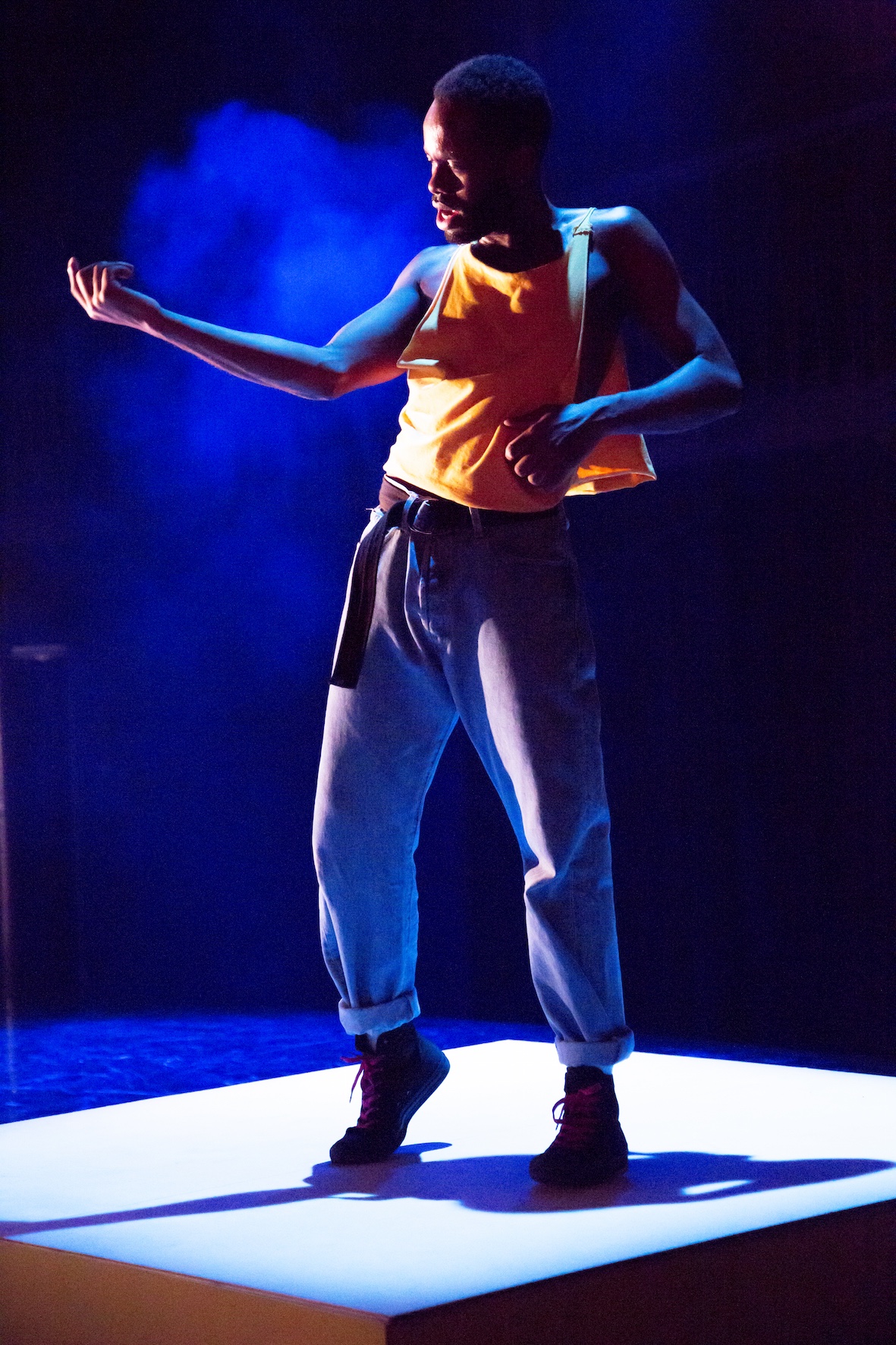 Shawn in performance by Leon Csernohlavek

Jordan: For me, I went to some nightclubs like Haven, flamboyant, hedonistic kind of like nightclub to get that vibe, that spirit you know, that ’80s vibe.
Shawn: For my role, I kind am half of that person anyway. I also did the same, I went out a lot over Christmas and I gave myself the challenge of if I get a crowd around me then I am doing my job – and I did! But I am someone who is very sensual and I like to dance, I like to move and flirt, so I just kind of turned up the volume on those traits leading up to rehearsals. I also watched a few videos of the 1980s underground scene as well.

How have you approached the choreography with Mina Aidoo?
Jordan: I sort of saw it as me being an instrument for her to create on. Being open to these styles, these grooves and just attach myself to them and also aiming to not be the centre of attention, being aware of when to turn up the energy and when to turn it down to give the actors time to breathe as well. So I think it’s been nice to work with volume. Volume of the body and how I can minimalize and in the blink of an eye explode again – that gauge.
Shawn: For me, a lot of what we’ve been doing is very new to me, I am predominately contemporary trained and we’ve been dabbling into disco, popping, locking, vogue, whacking, a lot of styles and it’s been very interesting for me. I love being challenged and learning new things so I’ve found myself really, focusing hard on her world in order to be as useful as I would in a contemporary setting but in a new discipline. I find just being very focused is the best way to work with a lot of new material. 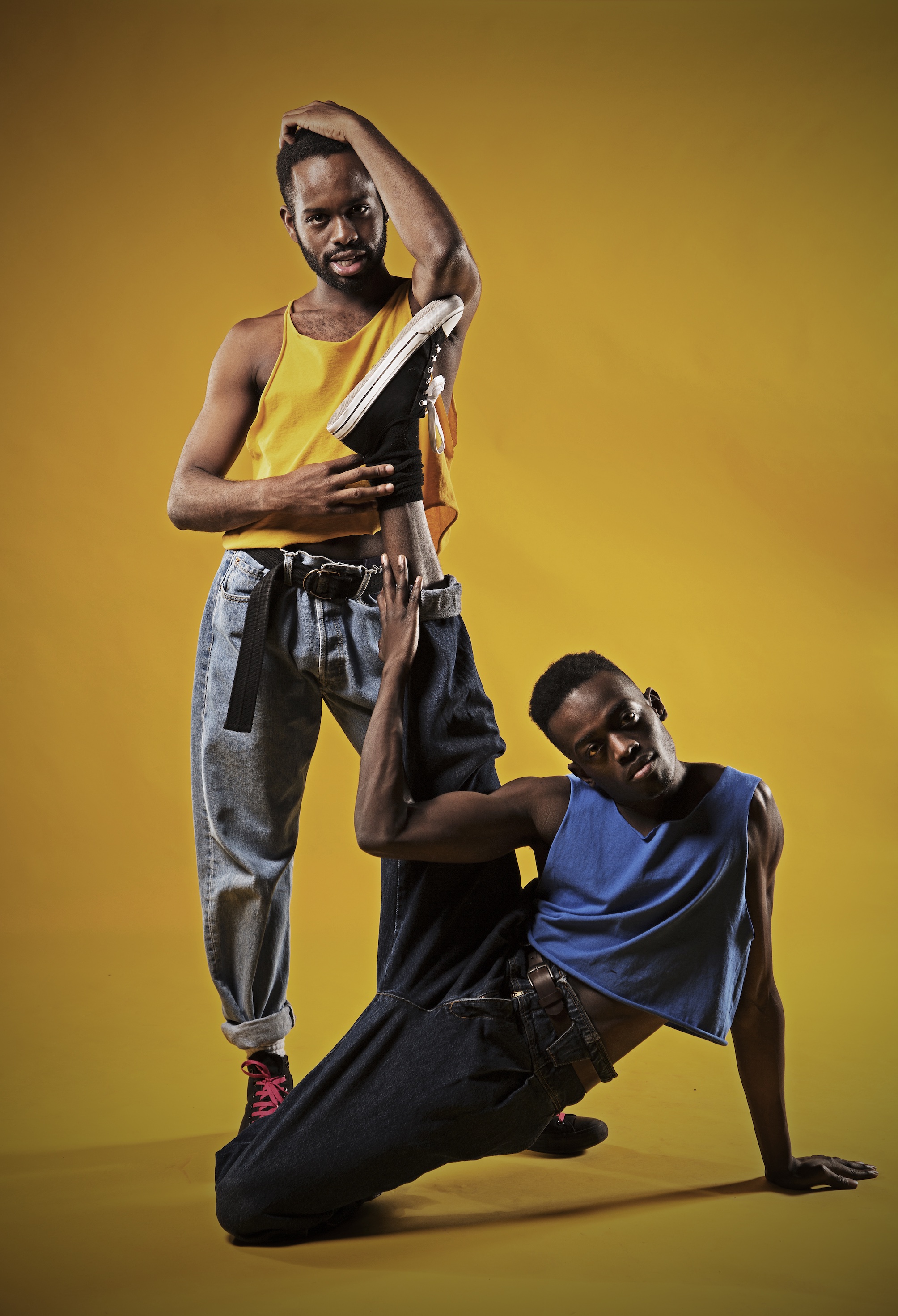 You attended the Opening Doors London (Age UK) event with Daniel and Martin in week one. Could you tell us what it was about and what your take-aways from it were?
Jordan: After attending the ODL at Age UK it really helped cement a historical context behind the content. It began with D & M presenting a timeline of LGBT theatre, giving us references into what has informed and influenced We Raise Our Hands in the Sanctuary.
After the presentation, listening to the members of ODL describing what night life was like in the ’80s was extremely eye-opening. Discussing how the different cultural groupings came together under the same roof, for a shared experience which transcended social class. It was a really beautiful experience one that I will hold onto for a long time.