Changing the atmosphere in the room

Inky Cloak happened to see the very first performance of an extract from Kamaal Hussain’s show Becoming Scheherazade at a scratch night in Limehouse Town Hall five years ago. What Kamaal shared after just two days’ rehearsal was already a compelling interweaving of his own family’s story, including his Iraqi father’s exile from Baghdad in the 1960s, with the Sinbad stories from The Arabian Nights. (He later took the full show to Edinburgh and on tour.) So we were really happy when he was able to lead one of this summer’s Inside Out digital drama workshops with our younger participants,
Read More 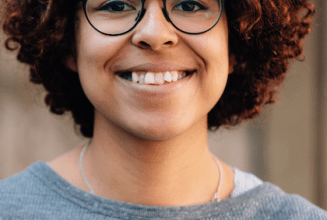 We’re talking to all the brilliant artists we’re working with as part of this year’s Inside Out digital drama workshops project. First up is theatre-maker Vicky Olusanya, who is leading the Saturday morning sessions with our younger (18 to 27-year-old) LGBTQ+ participants. How did you first get involved in theatre?I never really did drama at school. But my friend wanted me to come with her to an after-school club at Shakespeare’s Globe. It was a space outside of school and I could be the part of me that I felt I couldn’t be at school. And as part of the
Read More