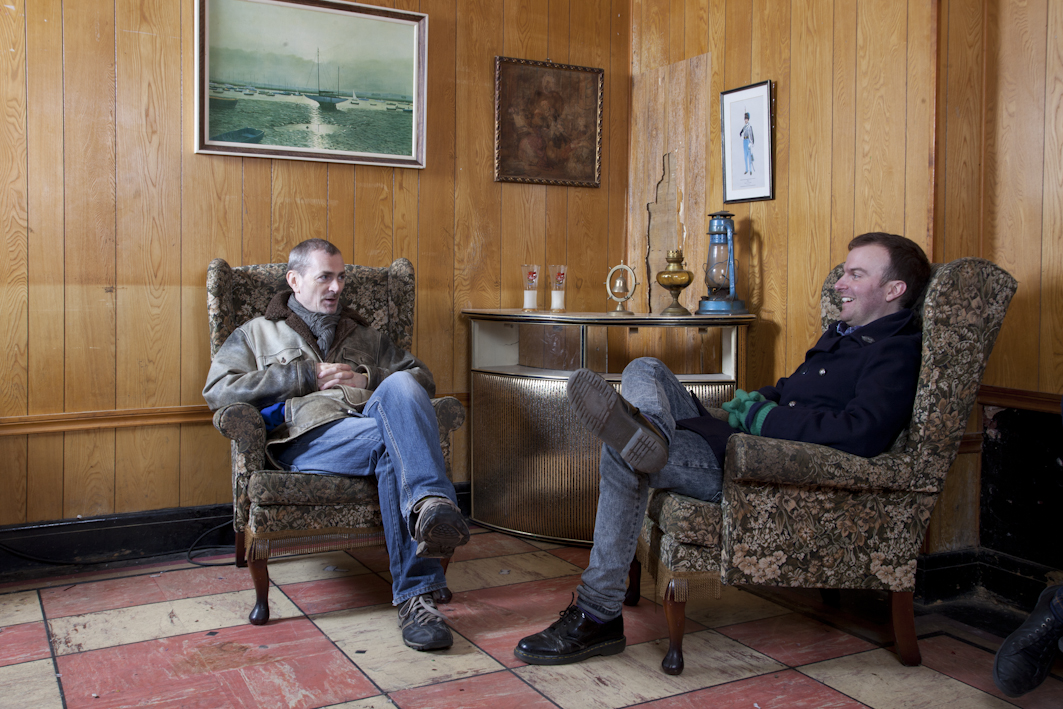 We formed Inky Cloak in autumn 2013 because we had an idea about re-imagining the Duchess of Malfi as a gender-fluid pioneer from Britain’s recent LGBTQ+ history who is punished for embracing their queer identity. We hoped we could re-work John Webster’s Jacobean tragedy into a piece that would speak to the new wave of discrimination, violence and murder that was at the time menacing trans communities across the world – and in many places still is.

With the help of a Kickstarter campaign and a grant from Arts Council England, we were able to develop that idea into our first show, Cover Her Face, which we staged with a mix of actors and radical performers in a site-specific piece at Bethnal Green Working Men’s Club in February 2014.

Since then, we have continued to tell stories about queer people who have been marginalised, forgotten and rendered invisible in order to explore urgent issues in the world around us, working in hybrid modes try to catch some of the multi-dimensionality of the lives we are exploring.

Our first full-length show, We Raise Our Hands in the Sanctuary, told a multi-racial gay friendship story set in the 1980s LGBTQ+ scene that highlighted the erasure of today’s queer spaces through hyper-gentrification, and blended drama, contemporary dance and underground club music.

The show we are currently developing (Songs in the Dark) explores how LGBTQ+ elders who journeyed from criminalisation to equality now face new challenges in the current social care system that ‘re-closets’ them, and mixes a diverse cast of older and younger actors.

You can find out more about our work through the ‘Now’ and ‘Then’ sections of this website. ‘Now’ showcases our current LGBTQ+ elders project. ‘Then’ records our previous projects, with details of cast and creatives, galleries of production and performance shots and reviews, alongside ‘context’ pages that collect interviews with cast and creative and background material that first appeared on the rehearsal room blogs for each project.